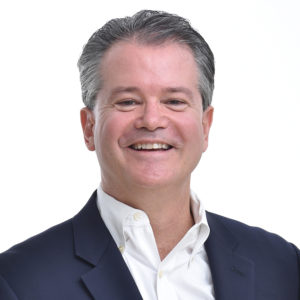 Waymon Armstrong is founder and chief Executive officer of Engineering & Computer Simulations Inc. (ECS) – an Orlando-based firm that defines innovation in the leading-edge field of modeling, simulation and training. Armstrong’s company specializes in advanced training solutions that improve the performance of military personnel, first responders and corporate employees. So he spends much of his day thinking about simulating disasters that will make emergency response teams better and faster, or ensure soldiers have medical skills that save lives on the battlefield.

20 years ago, Armstrong started ECS with a vision, a lot of passion and his personal life savings. After three years, the company was not generating enough revenue to pay him even a small salary. Armstrong had remortgaged his home, invested the last of the life savings, and incurred $300,000 in credit card debt. His accountant encouraged filing for bankruptcy, but Armstrong continued and ultimately landed ECS’s first large assignment for the U.S. military. Today Armstrong has more than 100 employees and the company has expansion into private health care, transportation, energy, and other industries which triggered the opening of new markets for the greater MS&T industry, contributing to its overall growth. Armstrong was selected CEO of the Year in 2014 (Orlando Business Journal), Entrepreneur of the Year in 2011 (I4 Business) and National and State Small Business Person of the Year in 2010 (national and state Small Business Administration). ECS’s humble beginnings are a colorful part of its past, and today it holds several Inc. 500/5000 awards, as well as a Deloitte Technology Fast 500 designation, which is the pre-eminent technology award in the United States and Canada.

This exclusive event is designed for C-level executives – including company presidents, corporate principals and business owners of growth companies.