Cruise Car is the leading American manufacturer of customized, street-legal, LOW-SPEED vehicles. The company has redefined the market by successfully engineering a diverse product line, allowing national fleet buyers to custom-order need-specific vehicles at highly competitive price points. Cruise Car’s unique product design and marketing approach has been rewarded with contracts to supply federal agencies including military bases, embassies, municipalities, universities, non-profits and multinational resorts and theme parks. The Cruise Car factory is located in Sarasota, Florida, and vehicles with a maximum speed of 25-mph have been shipped both nationwide and to over 30 countries.

Adam Sulimirski learned early in his career that a cubicle in corporate America was not where he was meant to be. “I started in finance, working for a big investment firm in New York. I wore a headset and I knew this wasn’t going to work,” he said.

Sulimirski needed to return to his entrepreneurial roots. “It goes all the way back to high school where I perpetually knocked on neighborhood doors presenting myself for any menial job. Throughout college I pursued similar opportunities. It is embedded in who I am,” he said.

He had heard about Ken Chester, CEO and founder of Cruise Car, who had the idea of putting solar panels on golf carts. After a short conversation with him, Sulimirski created his opportunity. “I went in and chatted with him, and he wasn’t hiring, but I loved what he was doing. After our meeting, I started calling around and asking people if they knew anything about his product.”

Later that same evening, Sulimirski found a break where he least expected it. “I was on the sidelines of my son’s soccer game and another parent who was involved with Sarasota Parks mentioned she was actually looking for that exact type of vehicle. So, I found a couple leads in a matter of 24 hours, and I went back to Ken with what I found. My involvement really came from continuing the conversation and having the initiative to look for opportunities where there were none,” Sulimirski shared.

Almost 10 years later, Sulimirski hasn’t looked back. Chester retired in 2016 and generously offered Sulimirski and Nathan Kalin an opportunity to take ownership. Today, Cruise Car stands alone as the world’s premier designer and manufacturer of street-legal low-speed vehicles with renewable energy capabilities. “We are probably the most flexible, low-speed vehicle company in the country.”

Sulimirski explained that although solar was the hook that brought Cruise Car attention, sales catapulted after the company’s responsiveness to an increased demand for renewable energy. “During the Gulf War, fuel was $400 a gallon given the need to protect fuel lines, so the military asked if we could build customized solar-electric low-speed vehicles. That was our fast track on a federal level and we were recognized nationwide, which really pried the door open,” he said. “Then NBC/Universal, Paramount Studios, Warner Brothers, and Sheraton Resorts came in for a wide variety of vehicles. As soon as you have some credibility, people think, ‘hey if they’re looking at it, then I should too.’”

To keep up with big-name clients, Cruise Car must keep their competitive edge by focusing on price, customization, client relationships, quality and a quick turnaround time.

The whole process begins with building a relationship with the client and finding out what they’re looking for. Out-of-state clients often get a face-to-face visit from Cruise Car, which Sulimirski considers extremely valuable. “We interview people to determine their specific needs, then build a custom product based on their input.”

Finding success in customization, Cruise Car created five car lengths, all of which can be modified with interchangeable seat and utility pods for the individual customer. Sulimirski added that their efficiencies in production keep them competitive and allow them to deliver vehicles in record time. “We deliver a custom order in under 90 days, in contrast with our competitors who offer limited models at a more expensive price point with longer lead times. Customization is our core competency. We figure out what the customer wants and deliver it quickly at a very competitive price-point.”

Sulimirski understands the role that work culture plays in a company’s success. Knowing this, he emphasizes a work-hard, play-hard environment. Everyone is equally valued and included in company conversations. “We have pride in what we are doing,” he said. “We remind our employees that every job is critical to the success of the company.”

Cruise Car often hires those who might otherwise be challenged to find work. “Staffers include formerly incarcerated and recovering addicts who deserve the opportunity to start fresh and demonstrate excellence,” Sulimirski explained. “We also work with Suncoast Career Source, utilizing programs to hire workers from migrant families seeking to learn tangible skills.”

“Our team’s young and extremely committed,” he said, “yet our environment is fun and exciting. Growth obviously comes with stress, but we all enjoy attacking daily challenges. My business partner, Nathan Kalin is only 27 years old and he told me, “I just can’t imagine doing anything else.” Nathan brings a millennial can-do attitude and has successfully helped push the company forward on all fronts.

What it Means to be a Florida Companies to Watch Honoree

Cruise Car was selected as an honoree for this year’s Florida Companies to Watch, which recognizes second-stage companies located in Florida. Honorees demonstrate high performance, growth and innovation in the marketplace, and Sulimirski describes the nomination as a surprise.

For upcoming entrepreneurs facing similar challenges on their journey, Sulimirski offers a few things to consider.

“Control what you can control. Don’t forget, every entrepreneur goes through ups and downs. Set a goal and aim towards it despite the knocks that inevitably come your way. Know that the most successful entrepreneurs have gone through major hardships,” he shared.

He went on to remind entrepreneurs at every stage, things aren’t always what they seem.

“It’s so easy to look at a success story and presume that it’s been easy sailing and think they’re so lucky. No, it hasn’t always been easy. They’ve worked hard.”
Lastly, be open to conversation. “I’m constantly walking around with a pen and paper in my pocket, taking notes. People are so giving and generous with their information. Never go into any conversation thinking you know it all. Just listen. The information is endless.”

Most team members at Cruise Car are involved with a charity of their choice, including Project 180, Take Stock in Children, Southeast Guide Dogs, the Humane Society of Sarasota. 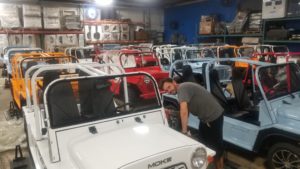 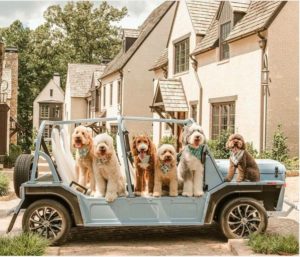 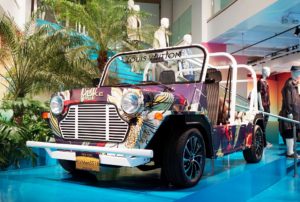 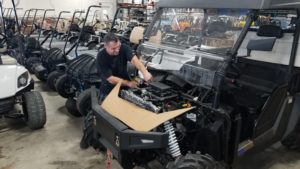 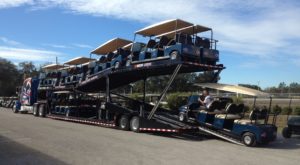 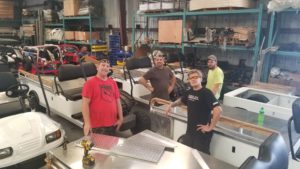 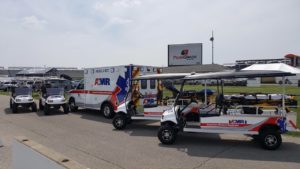 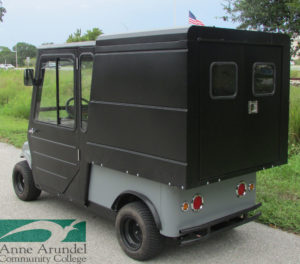 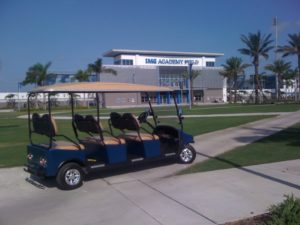 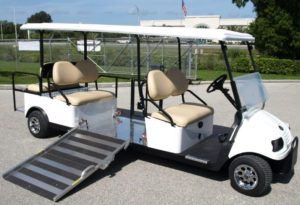 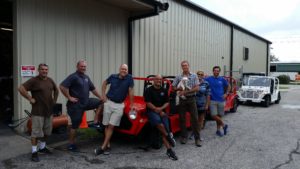