Firehawk Helicopters is a Central Florida based company that seeks to make a difference in our communities and for our customers. We provide helicopter and fixed wing services to the mainland US, Alaska, and now internationally. The primary industries we provide services to are Aerial Fire Fighting, Forest Management, Aerial Crane, Television and Film Production, Research and Development Flight Test, Aircraft Repair and Refurbishment, and Charter.

The origin of Firehawk Helicopters goes back to 1973 when Chuck Brainerd founded Brainerd Helicopters, Inc. After a successful career flying helicopters for the United States Army, Chuck continued flying helicopters commercially. According to Bart Brainerd, Chuck’s son and President of the company, a major impetus for his father to start his own helicopter company was that he wanted more control over poorly maintained aircraft. A unique opportunity and a disposition required to think and act like an entrepreneur is what ultimately led Chuck into the business.

“My dad is your proverbial entrepreneur,” Brainerd said. “I’ve observed that every entrepreneur, to one degree or another, is a bit bi-polar. In certain situations they think like most of us, but in others, they are willing to take leaps and chances that most of us won’t. They intuitively recognize an opportunity and will take risks when others won’t. While working a job for Martin Marietta in Orlando, they approached my dad and said, “We like your attention to detail and how you fly, but we don’t like who you’re flying for. If you can get your own helicopter, we’d be interested in working with you directly.”

That’s all it took for Chuck. He ended up leasing an aircraft from Ray Kroc’s secretary’s son, who bit off more than he could chew with his Sikorsky S-58 and quickly realized he didn’t enjoy flying it. Kroc’s secretary, June Martino, was a fan of entrepreneurs and was happy to support Chuck who had to sell a tractor to get gas money to fly the helicopter back to Florida. Nevertheless, he made it back and quickly put the aircraft to work.

“The business primarily started performing research and development test flying for defense related customers,” Brainerd said. “In 1984, we branched out into providing helicopters for the EMS industry. My father took a partner and founded a hospital flight program. They were the first ems helicopter program to carry a balloon pump onboard. This allowed first responders to set up a miniature operating room in the helicopter. That continued for about three years, with my father serving as pilot and handling most of the maintenance. He purchased another aircraft in 1987, but eventually sold his share in that business and went back to focusing on defense R&D. An opportunity arose that allowed him to pick up a job from a competitor that had a helicopter crash. From this opportunity came another one that involved fighting wildfires. From the start, he enjoyed it and felt like he was really doing something to make a difference. In 1988 we picked up a contract that included helping to fight the massive fires in Yellowstone National Park that year..”

As a result of leadership changes in the government in the early the 1990s, the decision was made to pivot away from defense and into firefighting. By the mid-1990s, this became the core business. This is also around the time when Bart Brainerd joined the company on a full-time basis. Brainerd explained his decision.

“While in college, flying was always part of my career goals,” he said. “However, I didn’t think I was going to be part of my dad’s business. I was actually leaning towards the military, but they weren’t hiring pilots as aggressively as they had in the past. The more I thought about it, I realized that I could accomplish my own goals by going to work for my dad. After getting my commercial pilot’s license, I joined the company as a full time pilot in 1996.”

This was also around the time when Chuck acquired the company’s first Black Hawk. At the time, there was one Black Hawk available on the commercial market. It was located in England and belonged to Rolls Royce. Chuck made the trip overseas, purchased the aircraft, with no engines, and by the spring of 1996 had it ready to fly. The company became the only commercial operator of a Sikorsky Black Hawk helicopter in the entire world. Over the next 22 years, Firehawk Helicopters would acquire additional aircraft and expand into new markets.

Brainerd shared some of the challenges they faced along the way. “By operating a Black Hawk on the commercial side, we were an anomaly for several years,” he said. “It took some time for us to be able to prove the helicopter’s capabilities outside of what it was originally designed to do. We also dealt with some geographical challenges. Being a Florida-based firefighting company was tough. The majority are based out of Oregon, Washington and California. Being in Florida, we were an outlier to our customers. In 2007, we purchased a facility in Boise, Idaho. We placed a few helicopters out there and started running contracts, dispatch and making decisions out of that location. As a result, customers and others in the industry started to take us more seriously. Other challenges include dealing with the seasonal nature of our work and how to attract great pilots. In the past, they’d work up to five months a year. In the last four years, we made the decision to hire more full-time pilots. As a result, the talent level has gone up.”

Hiring more full-time pilots has also allowed Firehawk Helicopters to really focus on the culture of its organization. Like most aviation companies, safety is at the core of everything they do. When Brainerd took the reins he continued to place a heavy emphasis on safety, but also implemented a new management team that would work to continue the company’s stellar reputation. They invest a lot in training, including sending pilots to training with original manufacturers to really get to know the aircraft.

Philanthropy and community involvement is also extremely important to Firehawk Helicopters. According to Brainerd, his parents have been active in various churches and community outreach programs for as long as he can remember. This giving mentality was instilled in Brainerd at a young age and continues today as the company routinely contributes towards organizations that are making a difference in the community locally and globally as well.

What it Means to be a Florida Companies to Watch Honoree

“It’s a huge honor, but it’s also one of those things we weren’t necessarily focused on,” he said. “We’re not really self-promoters. We don’t seek a lot of press. We have a very heads-down and focused approach. However, when a neighboring business was selected as an honoree in 2017, we hired a PR firm to bring us additional opportunities and connections we wouldn’t otherwise seek out. In terms of why we were selected, I think it has to do with several things. Our industry is certainly different than most. We’ve also more than quadrupled in the last six years. My parents were hesitant to go above the 50 full-time employee threshold because of additional rules and regulations. We hovered around the 20-30 mark for a while. When I took over, my sister, who handles HR, and I didn’t want that to be a limitation. We’re very forward-focused, but also recognize that we’re standing on someone’s shoulders that created something special and gave us a good foundation to build on.”

Looking ahead, Brainerd sees new opportunities as a result of a changing climate. The fire season is getting bigger and lasting longer, which means more work for Firehawk Helicopters. States don’t want to wait for the federal government to declare a disaster to start the flow of federal dollars. They prefer to work directly with companies like Firehawk Helicopters and Brainerd is working hard to establish those relationships with Florida and other states. Other future goals and priorities include diversification. In the last three years, they’ve started to diversify into other areas and even obtained an FAA repair station certificate, allowing them to work on their own aircraft and those belonging to other companies. Perhaps the loftiest future goal is to one day become a manufacturer. Brainerd explained that they’re currently developing an on-board firefighting tank system that’s in the process of being certified by the FAA. Once aircrafts are “tanked”, new markets will open up with the Army and National Guard as well as new international customers.

Brainerd offers up some great advice for aspiring entrepreneurs. “The stereotypical response is to work hard and be dedicated, but it’s a stereotype for a reason,” he said. “You don’t do these things for the recognition. You do them because they’re a fundamental part of success. Like anything you do, there are going to be parts you don’t enjoy, but if you are passionate about what you do and you focus on your goals and vision, you’ll succeed. Ultimately, you won’t be content unless you’re chasing your dreams. This mentality has caused us to pivot and to focus on helping our employees grow and achieve their dreams and follow their passions.” 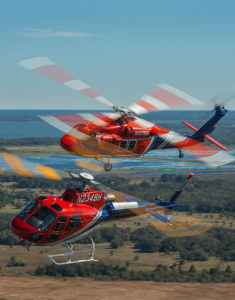 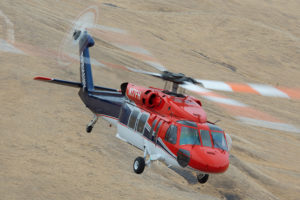 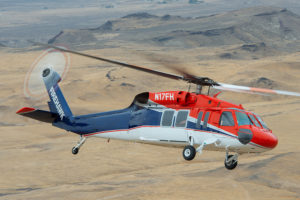 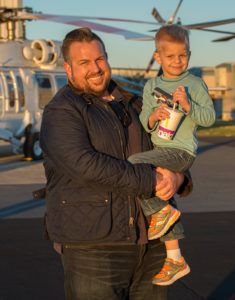 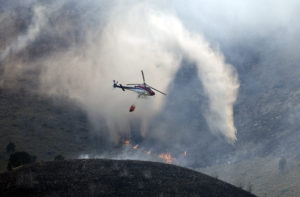 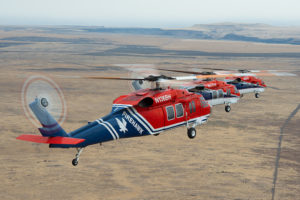 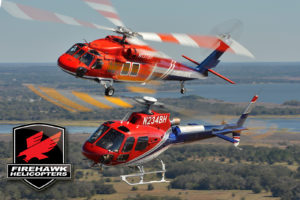 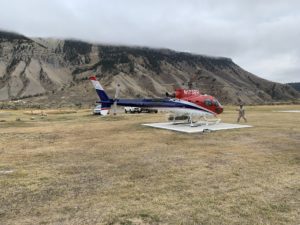 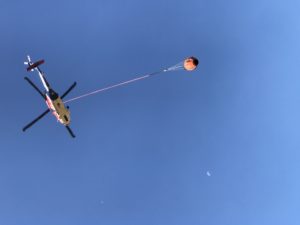