4ocean is a public benefit corporation whose mission is to end the ocean plastic pollution crisis. We use a multi-pronged approach to clean the oceans, rivers and coastlines while also empowering people around the world to live ocean-friendly lifestyles. Their entire business is funded by the sales of our products. 4ocean co-founders Andrew Cooper and Alex Schulze have been named to the Forbes 30 Under 30 in the category of Social Entrepreneurs. 4ocean has pulled over two million pounds of trash from the ocean and coastlines since the two founded the company in January 2017. Their global cleanups are funded entirely through the sale of sustainability products with every item purchased supporting the removal of one pound of trash from the ocean. The company is building the first economy for ocean plastic and creating a cleaner, more sustainable future for the ocean. 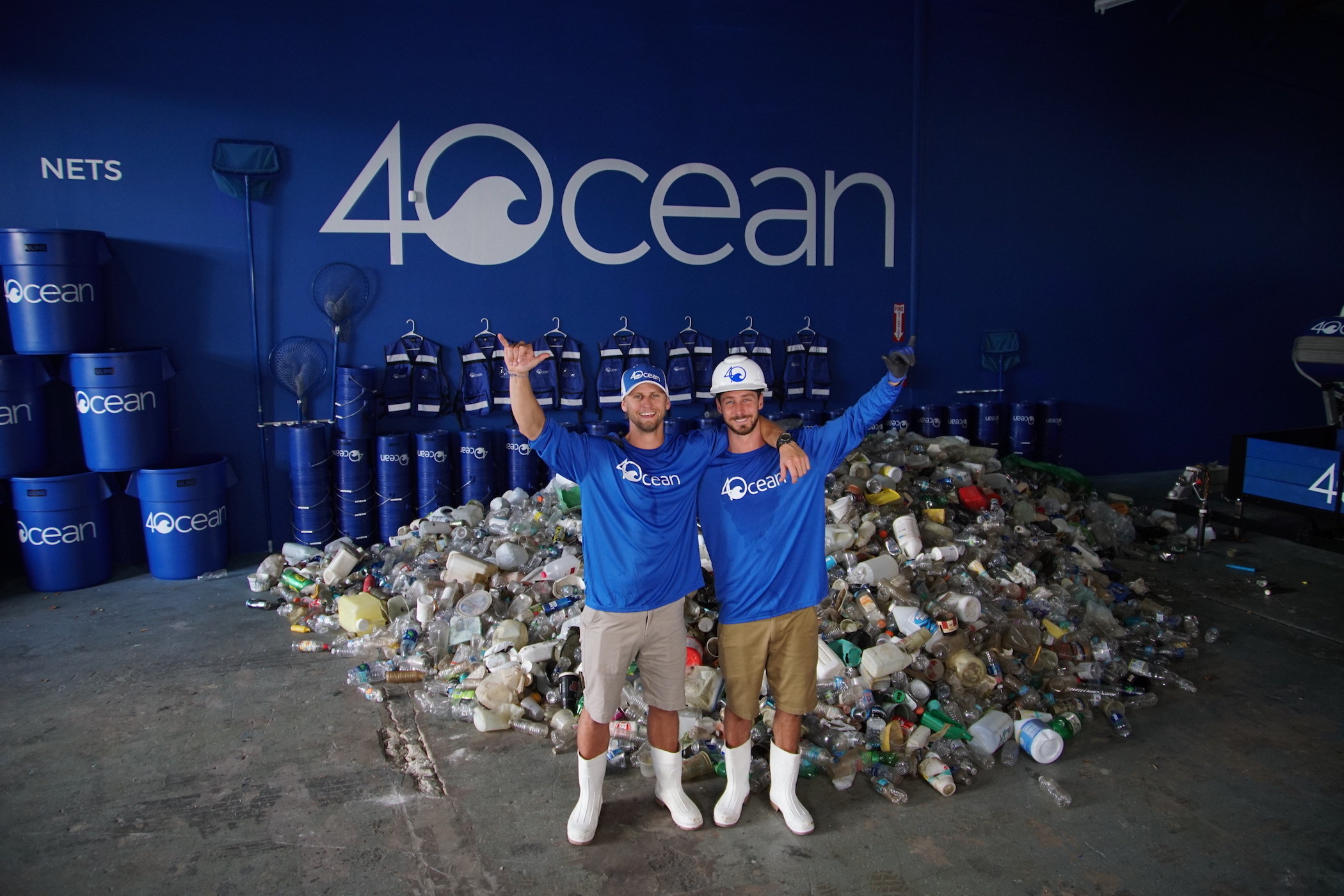 What led to the evolution of 4ocean?

4ocean was founded after me and my partner went on a surf trip to Bali back in 2015. While we were surfing, we realized that we were in one of the most premier surf destinations in the world, yet the beach and the ocean were littered with plastic, trash, and garbage. We asked the lifeguard, “Why doesn’t this place ever get cleaned up?” His response was that they do, each day, but by the afternoon the wind and the tides blow all the plastic back in. It’s like they never touched it. As our trip went on, we would see fisherman pushing their boats into the water, going to feed and provide for their families, typically through mountains of plastic and piles of trash. We wondered if we could shift the dynamic and get these fishermen, who are typically going out and fishing in very unsustainable methods, and pay them by the pound to instead of fish for fish, pull the plastic. From there the concept of 4ocean and the 4ocean bracelet began. 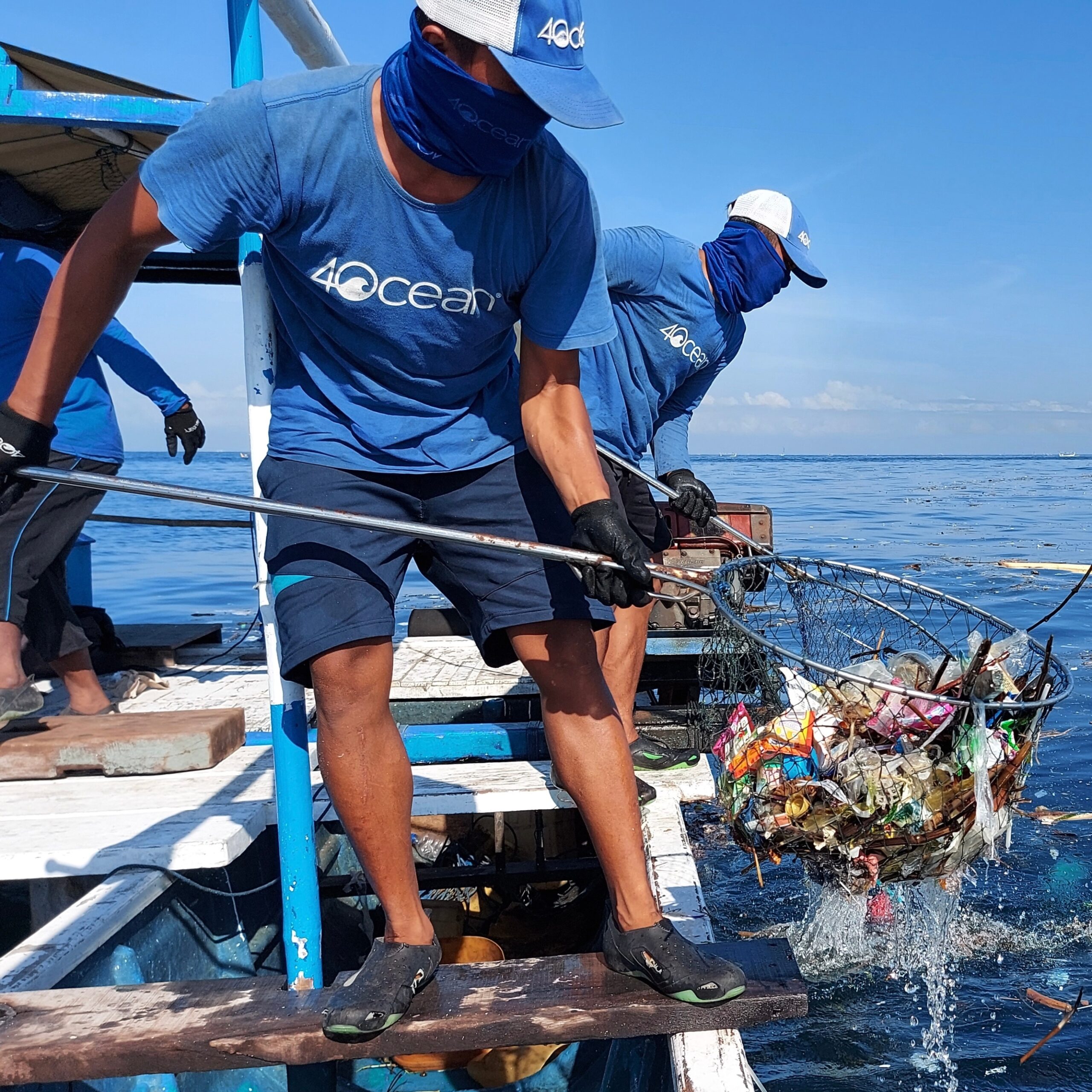 How does your company operate?

The operation is funded entirely from the sale of our products and the 4ocean bracelets were really the flagship product that we started out with. They are made from post-consumer recycled materials. The beads are made from recycled glass bottles and the cores are made from recycled PET, which is your plastic water bottles. For every bracelet that’s purchased, it funds the removal of one pound of trash. Our operation is entirely vertical – we own the fleet of boats and have full-time cabins and crew in the water seven days a week. Currently, we have four, full-time locations across the globe; our headquarters are in Boca Raton with other locations in Bali, Haiti, and Guatemala.

What challenges have you faced while growing your business?

At the beginning of the year, we had about 350 employees globally, and then the pandemic hit and we had to significantly reduce our staff size. Just here in the United States, we had 181 employees as of January and that went down to 40. We were affected significantly, like most brands and companies in our space. We’ve done a great job this year and being able to pull through and come out stronger than we ever have been.

Do you have any notable partnerships that have helped your growth?

My partner and I met at and graduated from Florida Atlantic University and we sit right just outside their campus, which is where the history began. We have collaborated with FAU previously on some of our different products. We did a sea turtle bracelet that benefited their marine lab where we would donate a portion of the proceeds from that specific bracelet to the organization which funded sea turtle research and conservation.

What are some challenges you face in growing your business?

There are many opportunities for us over the next few years, but I think opportunities are also barriers. The ocean plastic crisis is not slowing down – billions and billions of plastic are entering our oceans and waterways each year. The opportunity we see with that barrier is to help stop the flow of that plastic through trying to change and bring awareness to the consumption habits people have. We want to try and reduce their consumption of single-use plastic, to help them make decisions that lead to living a more sustainable lifestyle. Our method is if you walk into a house and the sink is overflowing, you don’t just grab a mop. You turn the sink off first and then you get the mop. We are trying to turn that sink off while at the same time using our mop.

How many pounds of trash and plastic are you able to remove per year?

We have removed over 11,000,000 pounds of trash to date. I think something that’s really worthy of noting is that in year one we removed 250,000 pounds of trash. In July of the next year, we hit our 1,000,000 pound mark. We’re coming up on four years and we’ve already surpassed 11 million. We’re going to be hitting 12 million here very shortly so we’ve exponentially increased and grown our operations to really scale our cleanup operations as well. 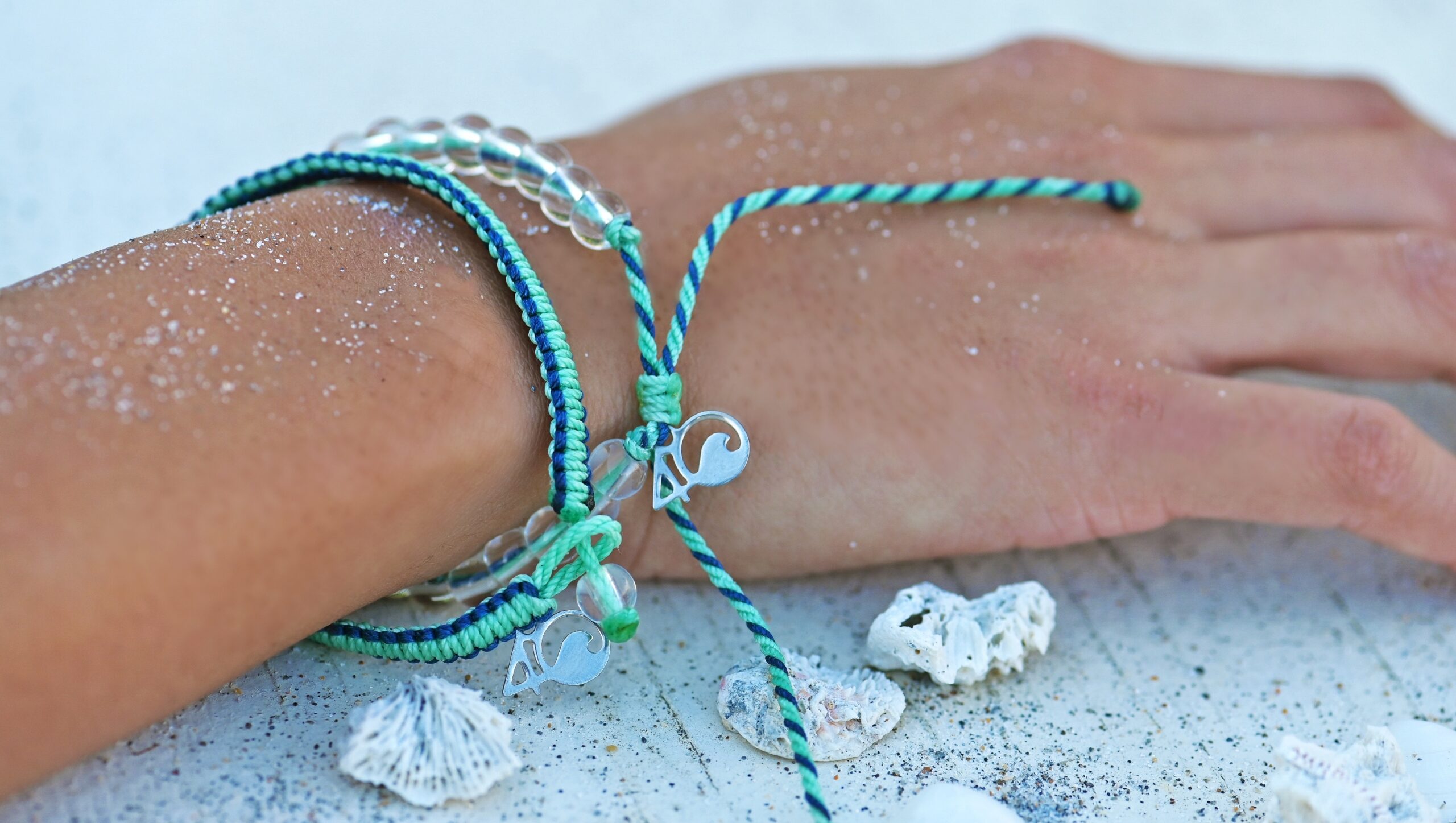 Why is the mission of 4ocean important?

I think one of the biggest impacts personally that 4ocean has made is driving awareness for the ocean plastic crisis and making sustainability cool. I think that we have an incredible story to tell and I think that the awareness that we’re driving, aside from the amount of garbage and plastic that we removed from the ocean, is one of the most important elements that we’re able to bring to the table. Helping drive awareness and helping people change their consumption habits.

The sky is the limit. We are tackling the ocean plastic crisis and there’s a lot of things that contribute to that. Looking at anything that is not out there naturally, we want it out. We want to have boots in the ground and boats in the water across the globe. We’ll continue to expand, grow, and scale our business until we’re there. There’s no telling where we can go over the next few years. If opportunities pop up, we’re going to take them.

What does it mean for you to be selected as a GrowFL Florida Companies to Watch Honoree?

We’re super stoked. We started back in 2017 as just a couple of surfers and a handful of employees. Now, we employ people across the globe. To be recognized by GrowFL as one of the companies selected is an absolute honor for us.

I think it shows our employees that it validates things that we’re all thinking anyway. It’s a wonderful place to work – we enjoy the culture that we’ve built here. We all enjoy coming to work every day and we believe in our mission. This is another feather in the cap that validates the work that we’re doing.

I would like to thank GrowFL for the opportunity to be honored with this award. I’d also love to thank our consumers and our customers for helping us on this journey. We wouldn’t be able to do what we do without the outpouring of support from across the board and people purchasing 4ocean products and supporting our mission.

Seek advice from those who know. It takes hours of hard work and sleepless nights, so focus on your strengths and outsource your weaknesses. 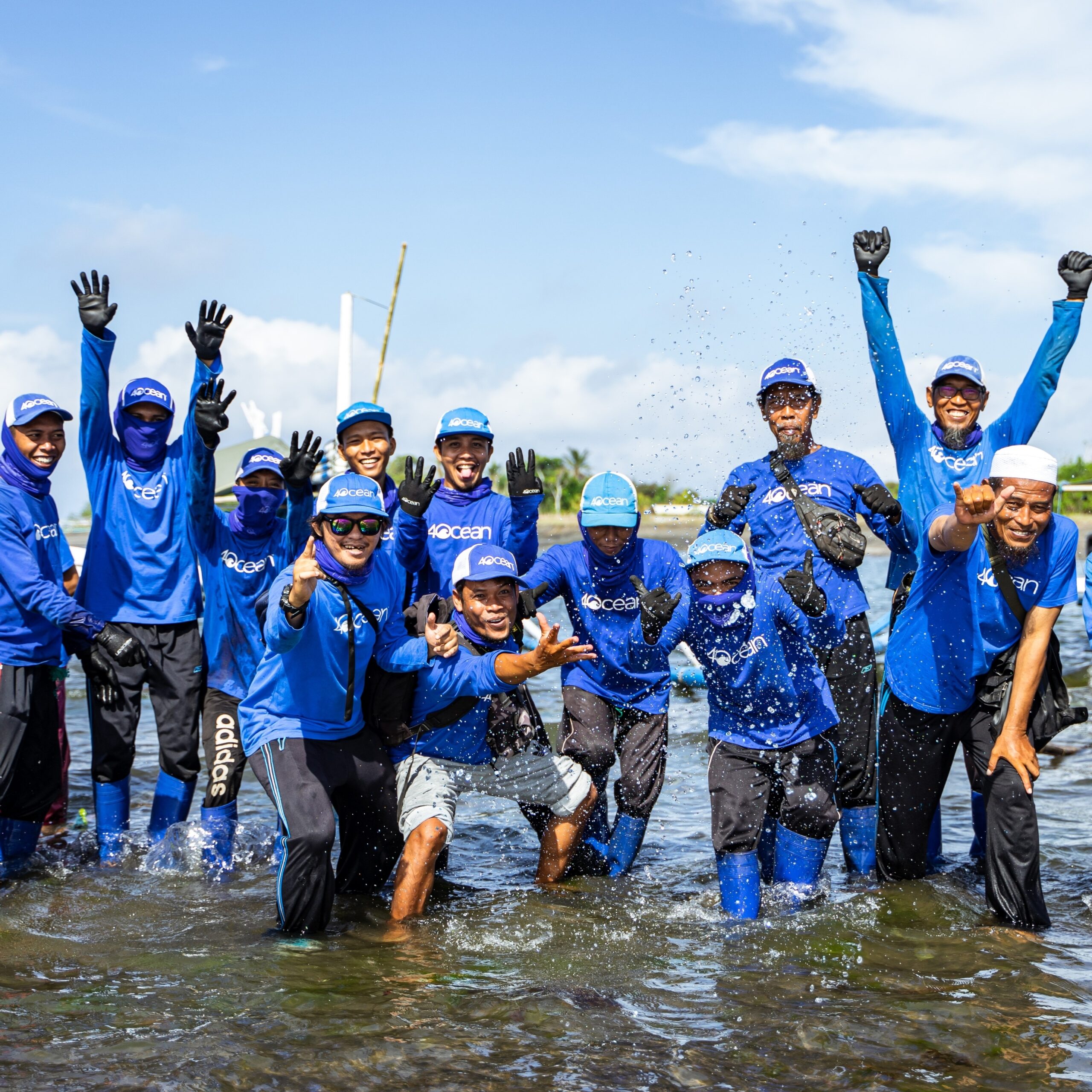