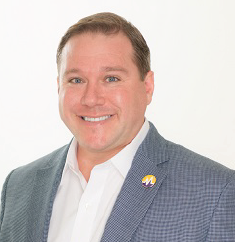 December 7, 2016 (Boca Raton, FL)  Dan Cane, CEO & C0-founder of Modernizing Medicine was the featured speaker at The CEO Forum on Wednesday in South Florida.  GrowFL’s quarterly event brings together CEOs of second-stage companies to hear from a seasoned entrepreneur who has built a successful business.  The event was hosted by the Research Park at Florida Atlantic University and FAU Tech Runway along with partner organizations the Business Development Board of Palm Beach County and the Greater Fort Lauderdale Alliance.

Modernizing Medicine was recognized by GrowFL as a 2012 Florida Companies to Watch.  In 2015 Daniel was named EY Entrepreneur of the Year® and the 2015 Technology Entrepreneur of the Year by the Greater Miami Chamber of Commerce, as well as honored by Florida Governor Rick Scott with the Business Ambassador Award. In 2014 the Sun Sentinel announced that Daniel earned the title of Excalibur Awards Palm Beach Small Business Leader of the Year for 2013. Most recently he was named to the inaugural ‘South Florida Ultimate CEO’ list by the South Florida Business Journal in 2016.

Since founding the company in 2010, Daniel has led his team to raise over $85 million in funding and to employ approximately 500 employees.

Daniel has led the company through two acquisitions. In 2015, the company acquired gMed, Inc. to offer a full suite of gastroenterology-specific products and services, and in 2014 acquired Aesyntix Health, Inc., enabling Modernizing Medicine to provide revenue cycle management and inventory management to its customers.

Frequently invited to speak at various forums around the State of Florida and across the country, Daniel had the honor to present with co-founder Michael Sherling at IBM Impact 2014 during the keynote “IBM Watson and the Art of Possible – Combining Cognitive Systems with Mobile.” He was the keynote speaker at the Greater Miami Chamber of Commerce’s 2015 Technology Leaders of the Year awards and participated in the first TEDxDelrayBeach event “The Human Experience” in 2013. At the United Nations (U.N.) headquarters in New York, he served as a panelist at the Economic and Social Council Civil Society Forum: “Building Partnerships in the Field of Education through Science, Technology and Innovation.” Daniel has also spoken on South Florida Technology Alliance CEO panels and at other local technology and business events.

An entrepreneur, Daniel has a BS in Applied Economics from Cornell University, where, as an undergraduate, he co-founded Blackboard Inc., raised over $100 million in venture capital and in 2004 helped take the company public on the NASDAQ (BBBB). In 2011, Blackboard was sold for $1.6 billion.

Active in the local community, Daniel serves as the Vice-Chairman of the Board at the South Florida Science Center and is on the Board of Directors of the United Way of Palm Beach County. Additionally, Governor Rick Scott appointed Daniel to the Florida Atlantic University Board of Trustees for a term beginning August 2013 and ending January 2018; in 2015 he was elected as vice chair. He is an active mentor to entrepreneurs, and a member of the Business Development Board of Palm Beach County, the Boca Chamber of Commerce and several local advisory boards.