GrowFL and Research Park at FAU Partner for Business Success 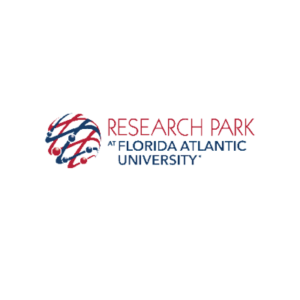 Every entrepreneur faces their fair share of challenges but being a Brazilian-based company in the United States poses even more barriers to overcome.   That’s where a partnership between the Research Park at Florida Atlantic University® and GrowFL comes together.

GrowFL is a statewide economic development program designed to support scalable growth companies through focused strategies and resources to accelerate next level growth.  Through its System for Integrated growth program, GrowFL works with companies in the Research Park’s soft-landing program to identify new market opportunities in the United States. In total, seven companies have participated in GrowFL programs to expedite their business growth.

Established in 1985, the Research Park at Florida Atlantic University is known as South Florida’s laboratory for new entrepreneurial ideas and technologies. As a 70-acre destination for research and development companies to grow and thrive, it’s home to Global Ventures, a soft-landing center and entrepreneurial support initiative.

“In 2013, I started DECORA inside an incubator in Brazil with four other partners. A few years later, we made plans to move to the United States and I came here bringing my family and my company. My partners ended up staying in Brazil. During my first week looking around South Florida, we were introduced to the Research Park and it was love at first sight,” said Rodrigo Griesi.

DECORA’s expertise lies in creating scalable CGI solutions for retailers and Global Ventures acted as the catalyst for their success in the United States. Being inside the Research Park gave DECORA visibility, validation for clients and the tools they needed to expedite growth and land clients like Home Depot, Wayfair and Target.

“Global Ventures staff assisted DECORA with introductions to University faculty and other resources to staff its company and build out its innovation,” said Andrew Duffell, President of the Research Park at Florida Atlantic University. “We also assisted in assimilating DECORA into the South Florida community.”

“We weren’t the company from Brazil anymore, we were a Florida incorporated company – that brought us momentum. Like a reputation or a last name, now we could say we’re located here in the United States,” Griesi said. “This made a total difference to the companies we were trying to sell to. For them, working with an international company is much harder. They need import service, pay with international wiring and the contracts are different. It’s not easy to get in those doors as a Brazilian company. Being part of the Research Park played a big part in helping us in the door to companies like Home Depot and Wayfair.”

Decora, which expanded into the Research Park at FAU in 2015, was acquired by CreativeDrive in a structured deal, potentially worth in excess of $100 million. CreativeDrive is an accelerated CGI engine with a client roster of marquee retailers. The company has streamlined the creation of 3D product models/SKUs and hyper-realistic CGI scenes and created the most scalable solution available to marketers to date. Decora offers clients product images, visual scenes, 360-degree videos and augmented reality ready files making content future proof for today and tomorrow’s consumer engagements. Technology, scale, quality and cost efficiency set Decora apart from others in this space.

In 2017, Decora increased its asset production volumes by over 1,000%. As of March 2018, Decora was delivering over 15,000 images and over 7,000 scenes a month via a combination of their full-time talent and growing community of 3D designers. Research Park Catalyst Fund resources sponsored Decora’s participation in GrowFL yielding positive results. For example, Decora’s focus was on the Marketing Dynamics framework in which the market research data validated the size of the company’s market.

“When Decora came to the engagement initially, they were unsure of market direction,” said Stephanie Kempton, the GrowFL System for Integrated Growth Team Lead. “We were able to use our market research to scope the market opportunity.  This greatly helped them in their decision to sell the company.”

Using the market research data along with the program provided materials, Decora prepared market projections, financial forecasting and valuations which were ultimately used to present to prospective investors. Having developed deep links to South Florida’s economy and FAU, Decora expanded its presence in the region, moving into larger corporate office space in Hollywood in Broward County.

“The partnership with GrowFL and our Research Park clients has been extremely successful,” stated Duffell.  “We are looking forward to sponsoring more companies to participate in the GrowFL’s System for Integrated Growth program and recommend other research parks in Florida to take advantage of GrowFL’s resources for their own companies.”

GrowFL is dedicated to support and accelerate the growth of second-stage companies throughout Florida, by providing their leaders focused, efficient, and timely access to resources they deem important, such as connections with other second-stage company leaders, and to professional organizations whose expertise, experience, and products lead to the second-stage company’s continued growth and prosperity resulting in diversification and growth of Florida’s economy.  Second-stage growth companies have at least 6 employees and $750,000 in revenue and possess an intent and desire to grow beyond second-stage.  Website: https://growfl.com

About Research Park at FAU