Congratulations to the Florida Companies to Watch Winners for 2017

A typical Florida Companies to Watch class is comprised of businesses who collectively gross over $450 million in annual revenue, add more than 350 new jobs per year, average a 30% increase in earnings and experience almost 20% growth in employees annually. They represent great companies from throughout the state of Florida. Meet five of our new winning companies! 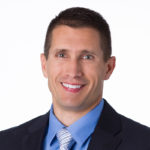 Jay Conroy, founder of Hydro-Dyne® Engineering, which is a GrowFL 2017 Florida Companies to Watch honoree, launched the startup only one year out of college. Since then, he has consistently grown the company to the point that it now has approximately 80 employees and a global footprint. “Launching the company was pretty scary but at the same time also easy,” he said. “I was betting everything but didn’t have much to bet. When you don’t have much, you don’t have much to lose. About a year after launching, we started adding new product lines and making improvements to existing products. Innovation is one of our core values we are constantly pushing to develop and innovate new products. It’s a large market and there’s lots of opportunity to make improvements on old designs and create new equipment. There’s plenty to do.”

Hydro-Dyne® Engineering is a custom engineered manufacturer of mechanical, screening and grit removal equipment for water and waste water treatment. “We are one of only a few in the industry that manufacture our own equipment,” Conroy explained. “Others subcontract out their work or license their designs. We bring everything in house: design, equipment engineering, manufacturing and service. We also target a place in the market at a higher quality and value point. We deliver better all the way around.”

Conroy is the first to say the whole team deserves credit for being named a GrowFL Company To Watch. “It’s a great honor for everyone here,” he said. “This is not a Jay Conroy award. It’s a Hydro-Dyne® award. There are 80 people here who helped get us to where we are. It’s a culmination of a lot of people’s efforts towards a few goals we’ve outlined.”

Conroy’s advice for aspiring entrepreneurs is that “it just comes down to work smart, work hard, plan ahead and look for what’s coming because that allows you to either capitalize on opportunities or mitigate a risk.” 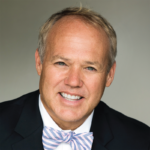 Mark Lowery, founder of JAX Refrigeration, which is a GrowFL 2017 Florida Companies to Watch honoree, used his deep experience working with multiple refrigeration contractors to perfect his winning recipe for success in the refrigeration contracting industry. “I always had a vision to own my own company,” he said. “I felt like I could do things a little better as long as I could put together a great team that believed in the same things I did. I had worked for several refrigeration, engineering and contracting companies across the nation. Through that experience, I was able to identify what I liked, what I wanted to do differently and what I didn’t want repeated. I utilized this knowledge base to build an improved model for my company.”

JAX Refrigeration is a multifaceted subcontractor. The company provides industrial and commercial refrigeration contracting and engineering services, mechanical services, insulated metal panel enclosures for cold storage facilities and restaurant HVAC service. “Our core focus is on providing the most responsive, custom-engineered solutions,” Lowery explained. “We are single source and worry free. We have very little attrition because of the value we place on workplace satisfaction. I hope that every day, with our employees’ help, we’re making JAX Refrigeration the best place for them to work.”

Lowery is proud of the company and his team for earning recognition as a GrowFL Florida Company To Watch. “It’s extremely gratifying, and it’s an honor,” he said. “It’s nice to be recognized by peer groups and others as an up-and-coming company, and afford our employees the recognition they deserve for their hard work. That’s the basis of our company – good people who work hard.”

Lowery’s advice for aspiring entrepreneurs is “never say no the first time because you may not get a second chance; then be extremely responsive. You need to be the first to respond to someone – whatever it takes. You also need to find something different that makes you stand out.” 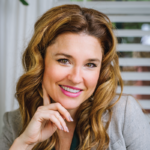 Dr. Dani McVety, founder of Lap of Love Veterinary Hospice, which was named a GrowFL Company To Watch in 2017, has a passion for entrepreneurship that has grown in her from an early age. “Entrepreneurship is a personality trait that means you will out work anyone,” she said. “You outwork your competition because you’re so driven by that passion. I was raised by two very successful entrepreneurs who did a fantastic job showing me what work ethic was. My first business was when I was 16. I’d take my miniature horses to birthday parties and charge for it. I learned very quickly the value of growing a business and missed opportunities and that I was the best investment I could make. There’s a return on your time that’s extremely valuable. I work really well with others, but not necessarily for others.”

Lap of Love Vetrinary Hospice is a nationwide veterinary practice dedicated to home based veterinary hospice and euthanasia. “We provide the most peaceful end of life experience for pets and the people who love them,” Dr. McVety explained. “In the veterinary world, there are some doctors that come to the home but what sets us completely apart is that we provide the type of experience that’s rare to replicate in a clinic or even a home.”

Dr. McVety could not be prouder of her team and doctors to be recognized by GrowFL as a Company To Watch. “I am so honored,” she said. “When I’m able to help the people who work with us feel the impact of what we do, it’s very gratifying. We’re blessed to be in that special niche space where we get to make a difference everyday so when the doctors and team and franchise group as a whole are publicly recognized, it continues to elevate the feeling they have when they come to work. To see them in that limelight is everything.”

McVety’s advice for aspiring entrepreneurs is to read The Millionaire Mindset by Thomas J. Stanley and Ready, Fire Aim by Michael Masterson. “The best advice I can give is to make sure you do it,” she urged. “Ready, fire, aim is not only a way of life for me but also the title of my favorite business book. Make sure you have a viable product. If no one is willing to pay for it, then all you have is a hobby. It’s when people are willing to pay you for what you’re offering that you have something that’s actually valuable. You must listen to your consumer base. Ask them what they think about a product or service. Don’t ask them what they think of a business, because you won’t get as valuable of feedback as if you ask specifically about that product or service.” 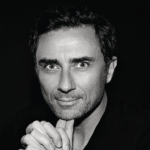 Bisser Georgiev, founder of LiveTrends, which is a GrowFL 2017 Florida Companies to Watch honoree, was not discouraged by two early startup failures to launch. He used the lessons learned to launch LiveTrends, which has grown from three to 120 employees in four years. “I launched my first company at 22 and it failed miserably,” he said. “My second company followed suit and I had two other small companies in the last five years, but nothing compared to LiveTrends. I was president for a large horticulture company with 400 employees before starting LiveTrends. I wanted to switch gears and launch my own so I put all my savings into it and instead of launching in garage we launched in 150,000 square feet warehouse ready to go to market. It was make it or break it – no life boat or canoe. All my connections with big box retailers really paid off and LiveTrends was born with three employees and now four years later we have offices in four cities.”

LiveTrends is a design, marketing and production company that supplies home décor for mass markets. “We design fashionable accessories for feature living plans,” Georgiev explained. “We combine fashion, design and horticulture into one piece and supply the product line to the mass market at affordable prices. We are in about 14,000 stores nationwide like Costco, Walmart, Publix, Target, and Lowes, plus many independent stores. Our mission is to change how the home décor industry functions worldwide. We function like a tech or fashion company, not a horticulture company. Everything is based on speed, agility and trend research. We forecast trends 18 months forward and introduce products to corporate buyers 14 months ahead of time.”

Being recognized as a Florida Company To Watch has highlighted Florida opportunities that Georgiev did not focus on previously. “It’s pretty cool,” he said. “The GrowFL award was great because until now we never put our focus local marketing. We always focused nationally so for us there are so many interesting things we can do locally for hiring and recruiting. For us, this is a big deal. It’s a recognition that the state sees us, local companies see us and the biggest thing is our employees are proud to work with us and happy to be recognized for their hard work.”

Georgiev’s advice for aspiring entrepreneurs is to get as much education as possible before you launch a startup and make your first mistakes while working for someone else’s company. “Make your mistakes on someone else’s dime,” he said. “Get a job in a similar field and manage people there. Make mistakes on others’ expense because those mistakes when you launch can cost you your company. Try to launch something you truly love and is close to what you understand.” 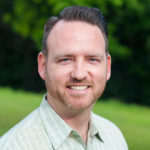 Matt Bernhardt, founder of Stickboy Creative, which is a GrowFL 2017 Florida Companies to Watch honoree, is a serial entrepreneur who caught the bug from his family and partnered with his wife to launch Stickboy Creative. “I was first exposed to entrepreneurship by my dad, who owned his own business so from a very young age I knew I wanted to be a business owner,” he said. “At 23, I started my first business. A year and a half later, I started another company that grew rapidly, but I wasn’t passionate about it. Then in 2007, I was dating my future wife and saw how talented she was so I encouraged her to break away and start her own company. That company became Stickboy. It started out as a completely different business but evolved organically to what we’re doing now.”

Stickboy Creative creates custom software and applications for companies that can’t quite find an off-the-shelf product that works for them. “Once a business gets to a certain size, you want things to work the way you want it to work,” Bernhardt explained. “We create completely custom technology that takes out a lot of inefficiency in the business, whether it’s logistical, accounting, or creating an online class platform – anything that can be automated to take away human error.”

Bernhardt finds important validation in GrowFL’s Company To Watch recognition. “When we found out, we were ecstatic,” he said. “To be recognized in the state of Florida, which isn’t small, tells us we’re doing the right things, creating the right culture and a lot of things feed off culture. It’s tremendously humbling to get recognized by people who do this every year and look at hundreds of companies.”

Bernhardt’s advice for aspiring entrepreneurs is “go fast. Make mistakes and as you make them, correct them quickly. Don’t be afraid of anything. Be cautious of cash flow and making the right investments, but you will make mistakes and it’s best to make them as fast as possible. Also, get several mentors. Find someone who is where you want to be, and ask them questions.”