Applications open for the American Academy of Entrepreneurs 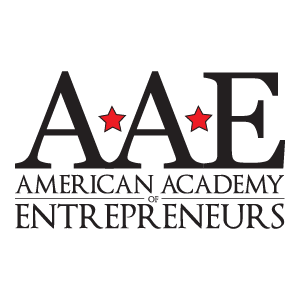 GrowFL launches the application process to identify the next cohort to be selected for the American Academy of Entrepreneurs, a mentoring program created by the Edward Lowe Foundation to accelerate second-stage business success.

America is built on the backs of entrepreneurs. If successful entrepreneurs band together to work collectively, they will make a powerful investment in the future of America.

Edward Lowe was a passionate supporter of entrepreneurship and its role in a robust U.S. economy. As the inventor of Kitty Litter, the country’s first cat-box-filler, Lowe understood firsthand the obstacles entrepreneurs faced and he wanted to make the entrepreneurial journey of others easier than it had been for him. He and his wife, Darlene Lowe, launched the Edward Lowe Foundation in 1985 to provide entrepreneurs with greater support and resources. The American Academy of Entrepreneurs is a continuation of Lowe’s efforts to ensure the success of second-stage businesses, a significant source of job creation for the nation’s economy.

“A mentoring program was something Mr. Lowe always wanted to do,” said Colleen Killen-Roberts, the Edward Lowe Foundation’s divisional vice president of entrepreneurship. “He even coined the AAE name in the foundation’s early days when developing ideas for different initiatives. Mr. Lowe felt he learned best from talking with other business owners; however, opportunities to connect with peers were few and far between for him. With the AAE, he hoped to help other entrepreneurs find their tribe.”

Mentees who participate in the program hosted by GrowFL will connect with other established business owners, grow their network, gain a sounding board for business issues and avoid the obstacles others have faced.

“We are thrilled to support the establishment of the American Academy of Entrepreneurs program in Florida,” said Paul Sohl, Rear Adm. USN (ret), CEO of the Florida High Tech Corridor Council. “The Corridor Council works to create strategic partnerships for economic growth in the state and our partnership with GrowFL and the Edward Lowe Foundation is going to be a tremendous benefit to Florida and its forward-thinking business leaders.”

The American Academy of Entrepreneurs will kick off on January 21, 2021, with a virtual retreat comprised of panel discussions, peer learning, and the pairing of mentors and mentees. Following the kickoff, the pairs will meet monthly until September 2021.

“The benefit for both the mentors and the mentees is significant,” said Killen-Roberts. “For the mentee, it’s having one person who is volunteering their time to help shepherd them through really difficult situations that they’ve already lived through themselves. For the mentor, it’s their chance to give back and leave a legacy.”

“We are grateful for our ongoing relationship with the Edward Lowe Foundation and the valuable programs they develop for second-stage businesses. The American Academy of Entrepreneurs program is going to be a fantastic opportunity for both mentors and mentees.”

For more information on the AAE , contact Tammie Sweet, at [email protected]