Slice Engineering designs and manufactures components for 3D printers. Their unique approach to optimizing thermodynamic efficiency in additive manufacturing has earned them a spot in the supply chains of the US Navy, NASA, Oak Ridge and Argonne National Laboratories and numerous businesses and consumers utilizing 3D printing in their daily lives around the world. 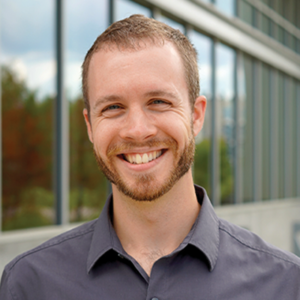 Tell us a bit about your background. What led you to Slice Engineering?

I grew up living overseas, my parents moved there to do nonprofit and community development work, and so I grew up being around people that were okay taking risks. I think that kind of rubbed off on me. I decided to pursue mechanical engineering in college and then after college, settled into my corporate job working for a medical device company.

I read this book called Millionaire Next Door, which was about the transformative way people in this country make wealth by building a business, and how you can do that. They did this all without being flashy or doing anything crazy but by being generous and supporting the kind of causes that I grew up being around. That was a big motivator for me to say, “Hey, I want to embark on my own entrepreneurial journey.” I kept my ear to the ground after that and was always looking for opportunities that I saw on the market.

I tried a couple different things that didn’t work, and then started Slice about four years ago out of two garages. My co-founder had a milling machine in his garage and that’s where we built the first prototypes.  In my garage, we were packing and shipping the product out. It was all on nights and weekends while I was working my day job and my wife helped me as much as she could. I don’t feel like we’ve arrived quite yet, but we’ve made the big steps needed to get out of the garage which is exciting.

Tell us more about your company and then the value it brings to your customers.

Slice Engineering is, as the name implies, primarily an engineering company, but our focus is building components for 3d printers. Specifically, we are improving the performance of material extrusion type 3d printers. There are a lot of different kinds of 3d printing, but we only work with material extrusion machines. We are focused on allowing our customers who use our products to take advantage of a larger variety of polymers that can work in higher performance applications. Our components allow our customers to print faster and with better resolution, ensuring the final product comes out perfect.

What is your competitive edge?

We invest heavily into engineering, most of our staff is engineers, even though we make our revenue as an e-commerce business. The way we differentiate ourselves is truly being an engineering company and focusing on applying the first principles of engineering to all of our products. We’re looking at optimizing thermodynamics and looking at optimizing polymer physics within the extrusion process to make sure that we are getting the most out of every print. This allows us to help our customers do what they want to do. We’re like an enabler, so to speak, for our customers. 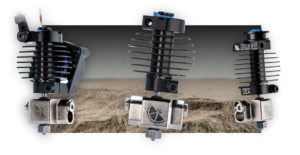 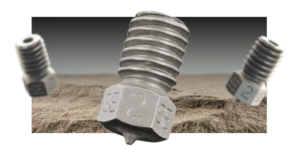 What have been some challenges you’ve faced while growing your company?

One of the major challenges I faced right from the start was knowing when to quit my day job and transition to this full-time. It took almost two years to get to that point of being confident in myself and my team to be able to say, “All right, I’m ready to take this plunge.” My wife was about eight or nine months pregnant at the time, so it felt like an even bigger risk.

Beyond that, I think building the right team has been a challenge. We’re still a very small company, with about 10 people. Being at that stage where if you hire one person, their contribution to the culture, for example, is going to be 10% of the total output of the company. That’s a huge deal. Making sure that we have the right people in the right seats at the right time, has been difficult, especially in the current hiring crisis we have going on.

How do you like to lead your team members? What’s the company culture like at Slice Engineering?

We have a collaborative culture. We’re small, so it works, but I think teams work better when there’s a flat structure. I’m approachable and there’s no sort of hierarchy. Of course, people have to report to other people and be accountable for their roles and responsibilities, but we don’t operate thinking some people are better than others.

Another big part of our culture is having a servant attitude. I think the earliest document I wrote for the company was called the Principals of Customer Interaction. It has four rules on it. First, is the golden rule; you always treat other people how you want to be treated. The second one is “seek first to understand”, which comes from Stephen Covey’s Seven Principles of Highly Effective People. The next one is personalization, making sure that the person on the other end of your communication knows that they are heard and that they aren’t just another number. It doesn’t matter if it’s a customer or a teammate, it’s important they know you’re hearing them and paying attention to them. The last one is speed. We want to respond to our customers as quickly as we can to honor and respect their time. What we do and how we treat people all come back to those four principles.

Where do you hope to see your company in 3 to 5 years?

Certainly, in three to five years I hope to have a larger team and of course, more revenue coming in. My goal is at least 4x our current size by then. Beyond that, I’d love to continue to invest in innovation. We just turned profitable last year. We’re a tech-heavy company and we’re manufacturing so it took a little while to get to scale where economies of scale made sense from a profitability standpoint. I’d like to increase our profit margins and with that I’d like to start working on some charitable causes that we’re passionate about as a team.

What is your proudest moment as CEO?

I have a million proud moments. One that comes to mind is when I see my team ‘getting it.’ For instance, when a team member has helped a customer and they’ve displayed the four principles and upheld our core values. That customer was maybe upset or had a bad day, but now they are having a good day because someone from our team helped them out. We do weekly “All Hands” meetings where we give shout-outs during the first part of the meeting. If there’s a scenario where somebody else on the team did well, you give them a shout out and that person gets a standing ovation. Seeing other people give their teammates shout-outs every week is always exciting. That’s one of those pride-inducing moments where I can see the team is getting it and the recognition isn’t something that I’m doing, it’s the team members doing things right.

What does it mean to be selected as an Honoree this year?

We recently won the 3D Printing Industry Startup of the Year award. It’s like the industry award. I have attended the awards ceremony for several years in a row, but winning this time is such a huge testament to the team. I think that segues into the GrowFL Florida Companies to Watch Award as well. I have a vision for what I want to do as a company, but the whole team is pushing towards achieving it. Being recognized for our efforts on a statewide stage is really uplifting. We think we’re doing a good job internally, but to see other people also think that we’re doing a good job is really, really, cool.

We are inside the Innovation Hub at the University of Florida. I’d like to thank their whole team for hosting us as we’ve grown at a kind of ridiculous pace. They’ve been extremely accommodating at finding our new space, working with us, and making valuable introductions for us. They’re the ones that initially nominated us for this award and the reason I had the opportunity to fill out an application. A big shout out to that whole team for getting us to this stage.

My advice to aspiring entrepreneurs is…

"Running a business is hard, and it's not for everybody. If it's for you, it's worth it. My wife always jokes that we have two babies, we have my son, and then Slice Engineering. I think being an entrepreneur is kind of like parenting. You're bringing your business into the world and trying not to mess up. You are focused on providing it a good future. Sometimes you're going to be up at three o'clock in the morning with it. That's the way things are as an entrepreneur, but you'll love your business just like you do your kids."

Celebrate with the Slice Engineering team!

Tickets are on sale now for the 11th Annual GrowFL Florida Companies to Watch Awards Celebration! Don't wait, they will sell out!
Click Here for More information